Are you using the best water in your enema solution? 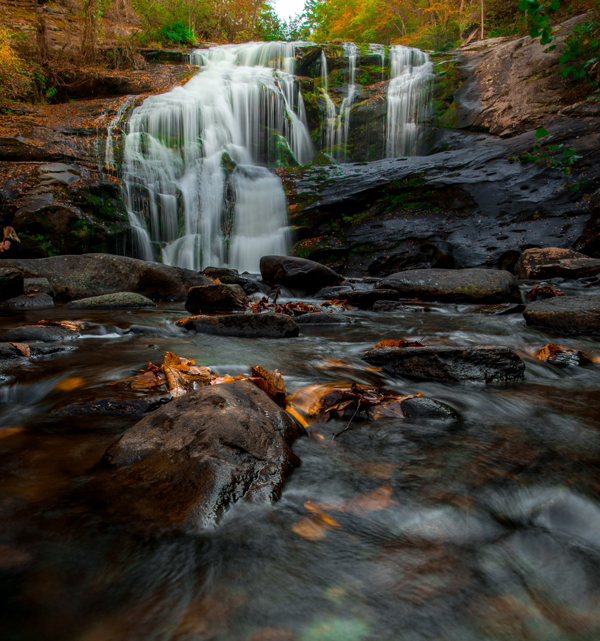 Water, by far, is the largest component of your enema solution. In choosing RobustaHealth detox coffee you’ve chosen the best coffee to use but what about the water you’re using?

Here at our home in rural Ireland when I open the sink tap in the kitchen I’m often hit with the strong smell of chlorine. That means that the guys up the road at the water treatment plant probably just dumped a truckload of that toxic chemical into the water supply. Not to mention the fluoride! Even though most EU countries ban its use Ireland still adds this neurotoxin to the water. They say they are ‘treating’ the water which is a nice way of saying ‘we’re trying to kill all the bacteria and junk in the water before you drink it.’ Of course they don’t tell you how much stuff they don’t kill with their treatment or strain out with their filter system.

This is one big reason all of us are buying so much bottled water these days. We trust that it is better to drink than the stuff coming out of our tap. Maybe it is, and maybe it isn’t, but whatever is coming out of your tap probably contains a bunch of stuff you’d rather do without if you knew it was there.

That’s how we felt. And when we added up what we were spending on bottled water it was an eye-opener. Measure daily it wasn’t a huge expense but cumulatively it was hundreds and hundreds of Euros a year. Every year.

So we started looking at water filter systems. These were the systems that got installed in-line with our plumbing. They were really expensive and if we moved the filter system stayed with the house. We didn’t like that Serendipitously we happened to be talking with one of our neighbors about this. We call her ‘Earth Mother’ (a.k.a. Naomi) because she’s up on all things good and environmentally sound when it comes to what you put in your body. Naomi’s all organic, a vegetarian, wears only natural fiber clothes, and the list goes on. I’m sure you get the picture and probably know someone like Naomi. In our case we love her because she’s so balanced. You don’t want to take her advice or follow her life-style, no worries, she doesn’t judge you. She does what she does and you can do what you want to do.

Earth Mother said she’d recently bought a Berkey water filter (see them here). It sits on her kitchen counter top. She fills it up every evening before going to bed. And for her morning cup of organically grown coffee she’s got beautiful, clean, pure water. The chlorine, fluoride and about 150 other things are all filtered out. It filters out bacteria and all kinds of other ugly bugs and drugs (yes, it’s true – drugs – because we in the western world live in such a medicated society people don’t assimilate all the drugs they’re taking and they pee them out and that goes into the water supply and guess what you could be drinking) and heavy metals and a myriad of junk with unpronounceable names.

Best water means a better you

Armed with Naomi’s information we did our research and though we found similar water filter systems we decided the Berkey was best. It has been, without a doubt, the best investment we’ve made in long time. Right off the bat you can taste the difference in the water. And you get a mental ‘feel good’ boost every time you drink a glass of water knowing you’re not drinking the invisible cesspool that came directly out of the tap into your glass.

Next benefit – no more bottled water to buy. While the Berkey was a big up-front investment (about 360 euros if memory serves) we calculated our payback would be at 4 to 5 months

Water intensive drinks like tea and coffee taste better. And since there isn’t a cloud of chlorine off-gassing out of the water it smells better too.

Finally, we felt a whole lot better about making up our RobustaHealth detox enema solution because the water was so much cleaner.

Our advice, listen to the Earth Mother.

Just so you’ll know, I’m not a paid spokesperson for Berkey or a stock holder. There are other filtering solutions out there that are possibly just as good. Do your research. And then do something about your water.

We use cookies on our website to give you the most relevant experience by remembering your preferences and repeat visits. By clicking “Accept”, you consent to the use of ALL the cookies.
Cookie settingsRead More ACCEPT
Manage consent

This website uses cookies to improve your experience while you navigate through the website. Out of these, the cookies that are categorized as necessary are stored on your browser as they are essential for the working of basic functionalities of the website. We also use third-party cookies that help us analyze and understand how you use this website. These cookies will be stored in your browser only with your consent. You also have the option to opt-out of these cookies. But opting out of some of these cookies may affect your browsing experience.
Necessary Always Enabled
Necessary cookies are absolutely essential for the website to function properly. This category only includes cookies that ensures basic functionalities and security features of the website. These cookies do not store any personal information.
Non-necessary
Any cookies that may not be particularly necessary for the website to function and is used specifically to collect user personal data via analytics, ads, other embedded contents are termed as non-necessary cookies. It is mandatory to procure user consent prior to running these cookies on your website.
SAVE & ACCEPT

Supply Problems: We are stopping new orders for a brief time as we have had a disruption to our supply that will prevent us being able to fill orders for a couple of weeks. We do not want to take payment for something we know we cannot deliver in a timely manner. Please check back as we will re-enable ordering as soon as we have our raw materials again. I Accept